Hi Steve Norton anxiety specialist here. And what I’m going to talk about today is health anxiety, what it is and how you can change it. The first thing to understand about health anxiety is, it is an obsession.

Health Anxiety is from the OCD family and how it starts as when that person has some sort of illness or discomfort, some sort of sensation in the body, rather than just passing it off as that sensation or not feeling very well. That person then starts to dig. They start digging online, they go into Google, and before they know it. This then start believing that they’ve got cancer, or some other serious illness like that.
And what then happens this is the spiral into decline. When that person then starts to worry to the point where the symptoms get even worse, then they end up going to see the doctor. The doctor gives them a thorough examination, and generally comes back and says “Look, you’ve got nothing wrong with you”, and that that person goes home feeling a little bit of relief from that.
But only temporarily, because they then start going online and start looking at medical  misdiagnosis. They find stories whereby people who have been told by doctors that they’re fit and healthy and they turned out they haven’t been fine. They they start thinking “Maybe the doctor got it wrong”.

And they’ll start digging even further on Google. That becomes an absolute obsession where the person actually makes themselves ill and exacerbates any symptom. While the very fact that that they are focusing so much on that symptom. They can almost create new symptoms and new sensations, because what they’re really doing is asking their mind to almost produce, how a more serious symptom might feel.
So that person then spirals into even worse, anxiety levels, because then start research even further.

Disbelieving their own doctor and going for private checks can follow. Nothing ever satisfies the obsession. It doesn’t matter who tells them, I’ve had clients who have literally spent 1000s of pounds going to see different doctors. Doctors from Harley Street, you name it all over the all over the world, getting checked out and whenever a doctor says to them and says, you’re perfectly fine. It only ever seems to have like a very short lived effect on that person.
And then the very next day, they start going back into Google, again, going on forums, almost convincing themselves that there really is something wrong with them. At this point it becomes really difficult for anyone that’s with these people living with them partners. It just gets a little bit out of control. So no amount of evidence will ever help the anxiety sufferer, if they believe they’ve got some sort of health ailment.
No amount of professionals telling them that they’re all fine, and I’ve actually seen people who’ve genuinely made themselves ill with health anxiety. I’ve actually read symptoms appear, probably due to the fact that they’ve got that much adrenaline and cortisol flying on their bodies so they end up getting real genuine stomach problems acid problems and palpitations of the heart.

So that’s pretty much what health anxiety is, it is an obsession. It is an obsessional behaviour, used to be called hypochondria years ago. But the question you might be wondering is, is there anything I can do about it? Well, absolutely, yes there is. The first thing you need to do is understand that you’ve got this obsession that it is not an illness, what you’ve got, you’ve actually got an obsession an OCD style obsession.
Now the only way we can break this is by first of all, stop going on Google. Stop googling symptoms, and you will start changing your focus away from your health, because the more you start to focus on it, the more you’re asking your body to create sensations and refocus yourself on something else. Now, it can be quite stubborn to remove.
So my probably best advice for you would be to actually get some professional help from someone like myself who can, who specialises in removing health anxiety, and yes it does, it takes some effort to do it it’s it’s quite a stupid little pocket to get rid of health anxiety, but you can do it. And one of the reasons people cheap space because they use a technique called Thought retraining.

And what thought retraining does, it is a technique of help stop and block the thoughts that cause the health anxiety in the first place. And if you practice the health anxiety protocol which is what I teach to my clients, you can generally get rid of health anxiety pretty quick. But like everything in life, it does have to be worked out, it needs to be practised.
So it isn’t something that has to be with you all the time. It is something that you can reverse, reverse the obsession with the right help, so if you’d like to know any more about that, you can either get in touch with me, or you can actually help with health anxiety or my new Rapid anxiety elimination programme, and that will give you the full step by step guide of how to remove health anxiety. So I hope that helps and I hope that gives you a little bit of hope that it doesn’t have to be a permanent thing.
Book a 30 minute telephone consult with me

Steve Norton anxiety specialist here. And what I want to talk to you about today is something I get asked all the time, which is, when will my anxiety symptoms go away? Well unfortunately, unless you actually do something about anxiety, it isn’t just going to go away magically by itself.

The way to think about anxiety is a little bit like a smoking. Anxiety is a habit like smoking. It is the repetition of thinking that creates the habit that we call it anxiety, and the symptom anxiety is that horrible feeling inside of you.

You’ve also asked yourself, how will it just go away by itself? Does that even sound realistic? So in order to get rid of anxiety, you have to do some psychological reprogramming of your mind, to get rid of that habit that is just there at the moment. So there’s obviously lots of different ways you can do that.

There’s lots of different self help methods you can use for that. You can contact someone like myself, for a personal one to one. With that you can actually try my Rapid Anxiety Elimination Program, and that is really good for helping to remove anxiety.  Please be aware though you simply will not just wake up one morning and your anxiety will be gone all by itself.

So the idea that one day you’ll wake up and that will stop. It isn’t really realistic. What you’ve got to do is get some proper psychological help, and they will show you how to remove anxiety. It is quite a complex thing. So if you’re looking for help, definitely go and see someone who is really well qualified.

Someone has got really good reviews. So that’s been doing it for quite a long time, it is not something that you want to go see someone who’s just a lay person, someone who’s just done a little bit of training or bought an online course. It needs to be professionally, looked at. So I hope that helps.

I hope that you understand that anxiety itself will not just go away one morning when you wake up isn’t as much as wishful thinking is very nice. You’ve got to be able to change that programming your mind.

Check out my Rapid Anxiety Elimination Program below. 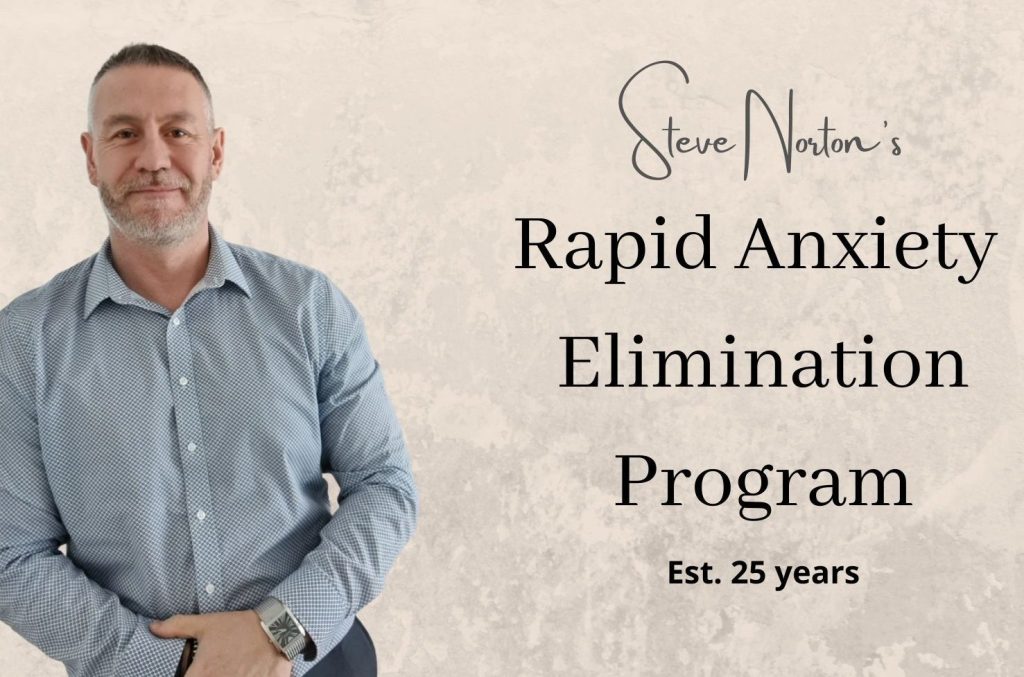 How to have more courage

Hi Steve Norton anxiety specialist, I won’t give you a little tip today I learnt, many, many years ago on how to have more courage. I’ve used it extensively and got some great results from it. It’s simple but very effective.

How to feel more confident

So I’m an admirer of Ant Middleton the guy from SAS who dares wins. Whenever I need to find courage, I ask myself what would he do in this situation?

How would he react? How would he think?
Sometimes when I go to the gym, I feel tired and feel like going home but then I think what would Ant do now? Would he just pack in or would he push through?

Here’s what you should do

Try this and let me know how you get on! 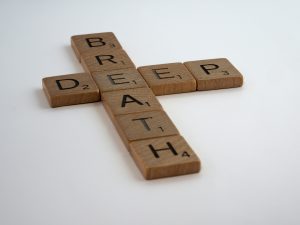 How to stop anger from spiralling out of control. There’s nothing worse than losing your temper only to regret what you’ve done when the red mist goes away. The simple technique below when practiced can actually be a life save and relationship saver too. Check it out!
They say a moment of patience in a moment of anger saves you a hundred moments of regret.
Speak when you are angry and you will make the best speech you will ever regret.
How to stop anger from spiralling out of control
God knows I’ve learnt this the hard way!
In the past I’ve severed friendships, hurt family, upset loved ones all because I’ve spoken when the red mist descended.

How to stop anger in its tracks

Thankfully as times gone by I’ve learned an important lesson which is what I call The Pause.
The Pause is that time gap that allows your emotions to subside and allow your sense to kick back in again.
By pausing before you react it stops so many problems.
I’ve been enraged by a text message only to read it an hour later only to find it reads completely differently to what I first thought.
How many times have you thought thank god I didn’t send that reply you were going to send?
Life has taught me to pause before I react now. Not always. I don’t always get it right but I’m learning.
As long as we’re learning we’re on track. We’re only human after all. We screw up but as long as we learn it’s ok.
So before you react, send that shitty text or post that reply ask yourself.
What will be the consequence of this? And is that the response that I want?
Learn to pause so your brain can catch up with the emotion.
Have a great day

One of the hardest things is watching your child suffer from anxiety. You feel helpless and because you are so close to your child they often don’t want to open up to you. But if you’re looking for help for children with anxiety there are a few choices out there.