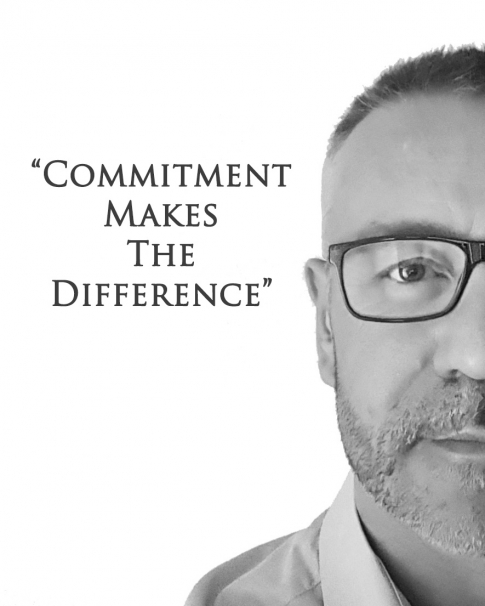 Why is it so important with therapy? The simple answer is that without it, it isn’t going anywhere. In the bad old days starting out I would have people book in after a telephone consultation and around 50% wouldn’t show up. People would say they forgot or that they’d changed their mind. Now I ask for the commitment from my clients everyone shows up.

I recently ran a promotion as a social experiment allowing 30 days money back on my Anxiety Breakthrough System program. The majority of people who took up the offer cancelled before the 30 days so they didn’t have to pay. With my software though, I can check on who actually opened up and did the course. Those who cancelled didn’t even bother to read the material!!!

You see when you ask for no commitment you are actually doing people a disservice. You are actually telling them it’s ok to fail. You’re giving them the opportunity to fail.

A guy who was down on his luck, and was suffering with anxiety and low self-confidence once approached me. He was virtually skint but he wanted to buy my book in paperback. Everything inside of me screamed out “give this poor man one for free”. But then I remembered that most people I have given my book for free, didn’t bother reading it. Why? It’s because they didn’t pay for it, it had no value to them.

So I charged the man twice the normal price for the book! Maybe you’re thinking “what a [email protected]@”! No. What happened after that the man read the book from cover to cover. He had invested so much in it, he needed it to work. The end result was the guy told me a couple of months later that it has changed his life. I needed it to be expensive enough so that it would create the impetus that he would actually follow the guidelines.

You see if I’d just given him the book he’d probably not read it and stayed the same. There’s always a point to what I do. I always have a person’s best interest at heart. There is method to the madness.

Have a good evening.