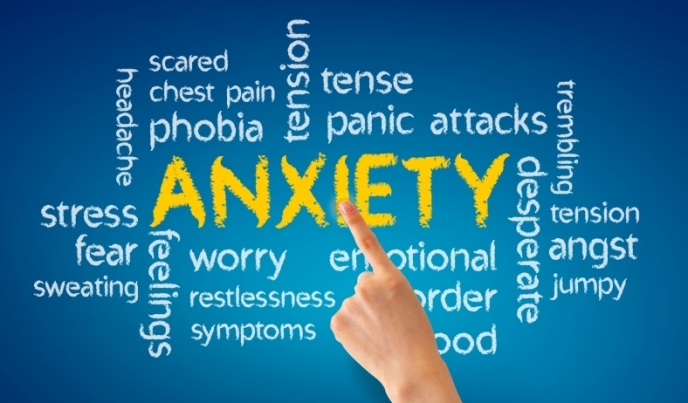 So you want to know how to stop panic attacks, well I’m gonna give you the truth from all I know from nearly 20 years working with people with this issue. Ok let’s kick this off! Firstly, it’s important to know that I used to have them. Bad! I started getting them everywhere, in the supermarket, at the post office and they terrified me. I hated the feeling. For me it was a bit like dizzyness where I would feel like I was watching a movie of myself rather than it really happening to me. Then there was the awful feeling that went with it.

I knew I had to get a hold of things as it was starting to get a little out of hand! How did I stop my panic attacks? It’s simple I started to read about the mind. Not any old books though. I was specifically interested in therapists who had success with their clients very quickly. Not those who took months or years to get anywhere. I needed answers fast! So I read about hypnosis and N.L.P. That stuff literally blew me away and I started to use self hypnosis and visualisation techniques that I had learned in the books I was reading.

Very quickly I started to reprogram my mind so that the fear and the feelings startled to disappear. But the thing that made the bigger difference was something that I heard in a Tony Robbins audio cassette. He said “it’s in your moments of decision that your destiny is shaped”. That to me was like a light bulb moment as I realized whether I had panic attacks or not was all in the power of my own hands.

So I made a decision. I decided that I wasn’t going to have panic attacks any more. I decided I would reject the idea that I would ever have them again. So that’s what I did. I rejected the idea or concept that I had panic attacks and literally pushed the memories of them in to the past. Over 20 years on and I have never had a panic attack again.

Now the thing is, it’s one thing to say all that but what about the thoughts that pop into your head? Well you ned to know what to do with those thoughts because if you just allow yourself to think them then they will beat you down in the end and you will succumb to the feelings of panic. So here’s what you’ve got to do.

Number 1: Learn Thought Retraining. The simplest way to learn all about it is to get a copy of my book HERE. If you need teaching personally you can find my details on my main site HERE. It might sound like a blatant plug but it is what it is. I’m telling you the truth, you need to lean Thought Retraining no if’s no but’s if you want to stop your mind ruining everything. Basically Thought Retraining teaches you how to stop and block the thoughts that cause you so much grief. It’s a technique I devised that can be learnt in an hour and applied straight away. You can read about it more HERE.

Number 2: You need to learn to relax and use your imagination in a relaxed state. You need to practice relaxing and visualising the outcome you WANT to occur rather than those stupid movies you have been running in your head. You need to program in a new thought pattern that is more appealing and more in line with what you want to occur in your life instead of the horror movies you used to run!

So basically you need to lie down, close your eyes and imagine the thing that you panic over / are scared of / don’t like as if you’ve never had any fear about it. Imagine yourself in that situation without the fear and doing the OPPOSITE of what you normally do. So if you normally freak out imagine yourself super relaxed and in control. You must do that every day, maybe twice a day for 3 weeks as well as using the Thought Retraining technique. This will reprogram your mind and feelings accordingly.

Number 3: You need to stop telling yourself every 5 minutes that have panic attacks / going mad / are destined for the loony bin etc…Instead tell yourself that every day you are feeling better, stronger and you are feeling more confident. Even if you don’t feel that way just do it. Take a leap of faith with me and just do it. If you want to feel better just do it.

Number 4. Start to stand, talk, sound as if you have always been confident and free from panic attacks. Look the part and practice being this way daily. Very soon you will find it natural and a normal state of being.

OK that’s enough to get you going and if you apply these steps which are actually dead easy I will Guarantee you will feel much better. If you don’t it’s because you have told yourself there’s no hope for yourself and there’s no point really trying blah blah blah so you have planned to fail!!! Stop it and go back and do it. It works. It works for everybody who applies it. Its worked for hundreds of clients I’ve helped and it will work for you too when you take it seriously and do it as I explained. So now you know how to stop panic attacks. If you ned any help with this let me know!